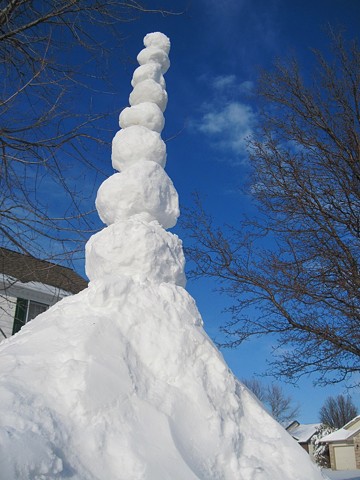 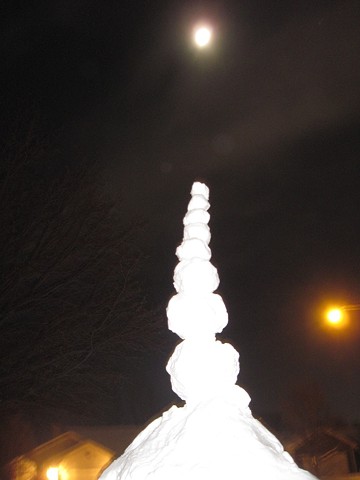 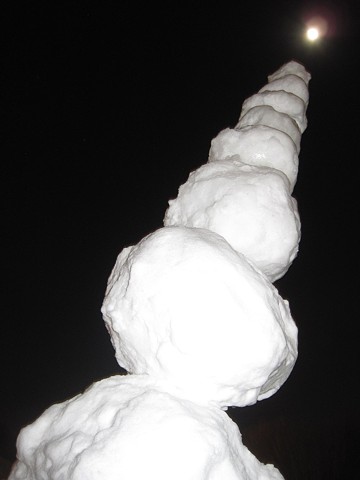 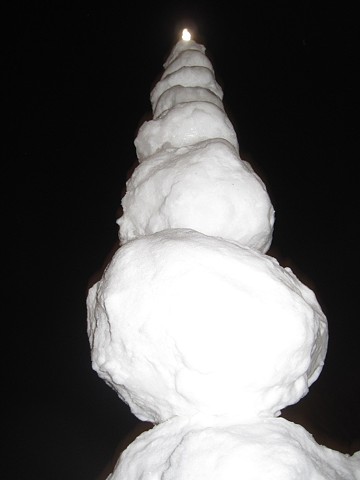 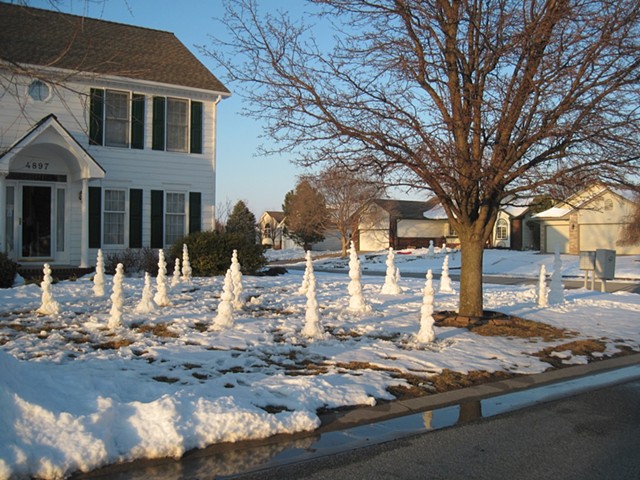 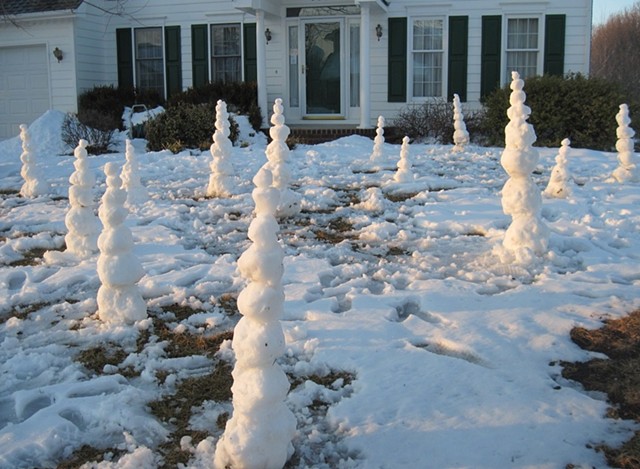 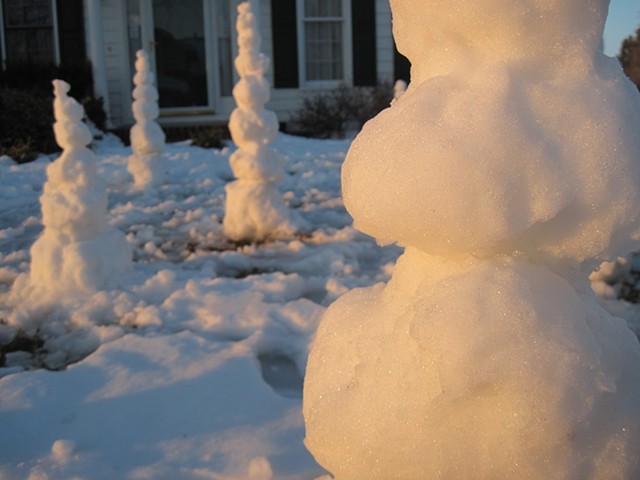 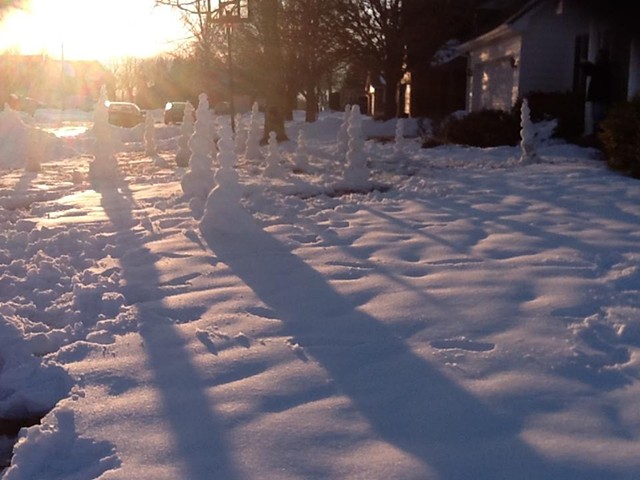 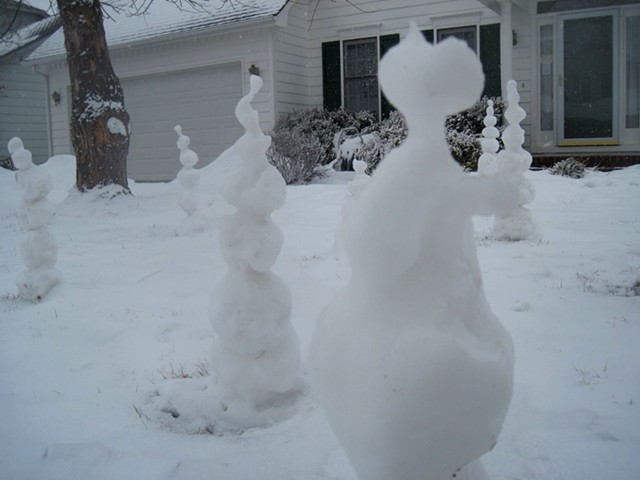 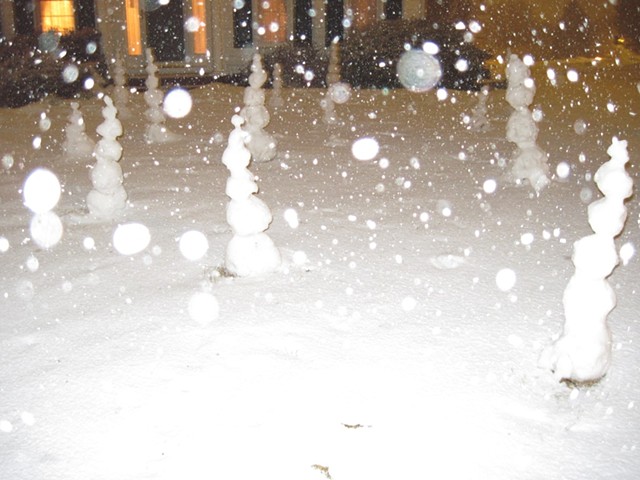 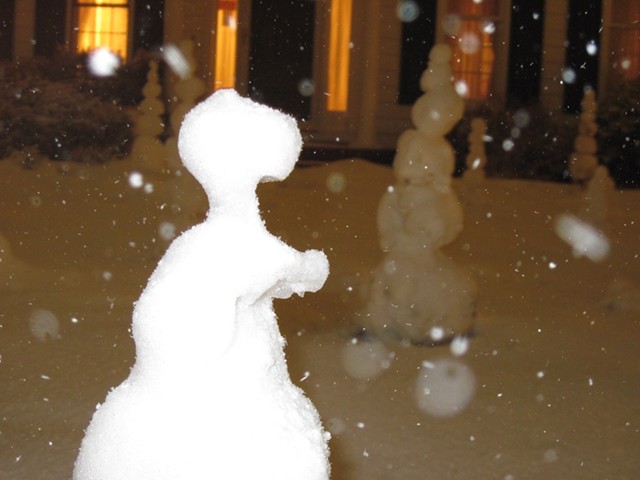 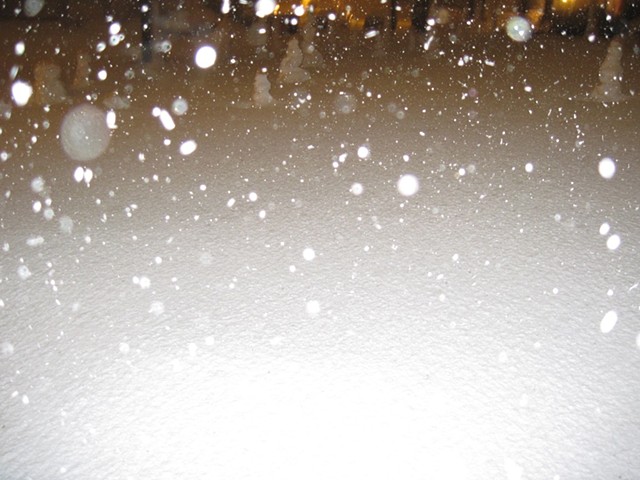 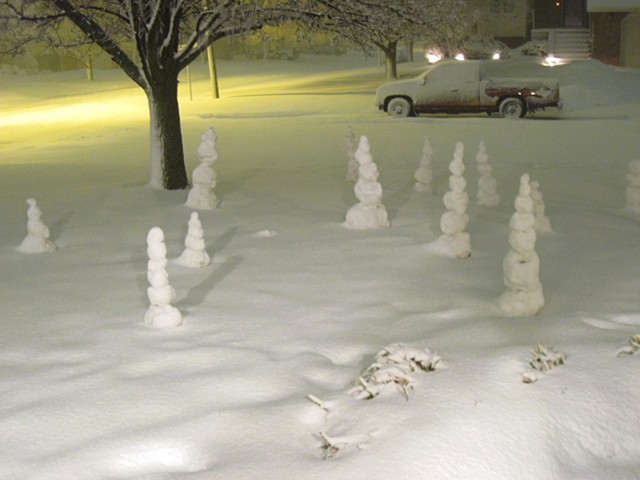 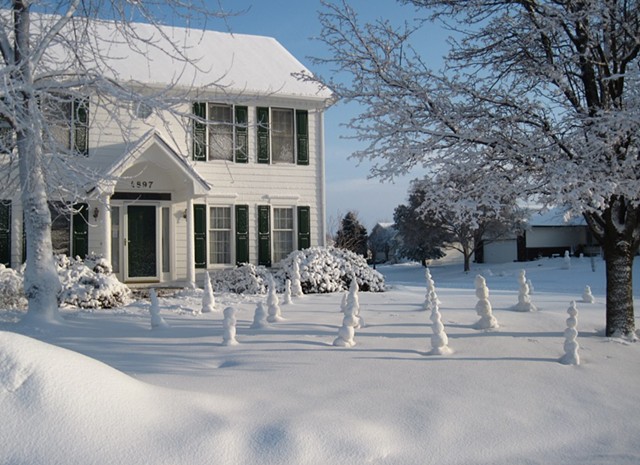 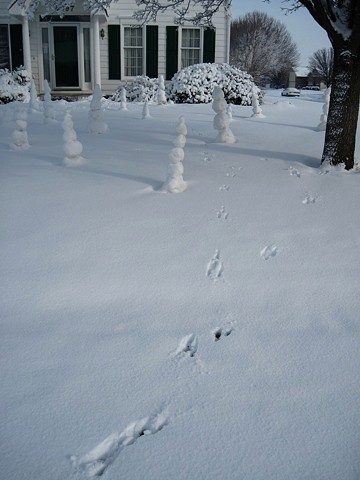 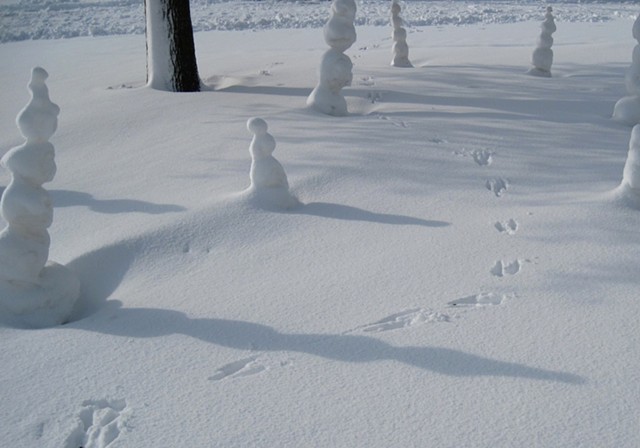 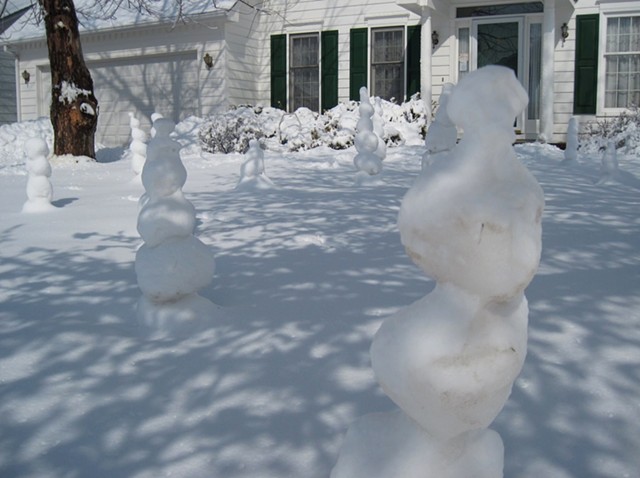 In February 2013, we had two snow storms with a record setting 21 total inches of snow here in Wichita, Kansas. My kids and I started making a snowman in our front yard, but instead, I happened to make a snow ball tower, and it ended up as a process-oriented land art. It was just for fun at the beginning. Soon enough, I found that stacking multiple snow balls in cold weather was just a tedious and tiresome job. It also looked like a vain effort considering that the snow is an ephemeral material. However, during the process, I encountered things from nature that were alive and interacting with the towers, which made me discover the beauty of this ephemeral work. The sun and wind were changing and forming the snow balls, the lonesome moon was shining faithfully in the cold winter sky, and some animals’ footsteps in the fresh snow proved the presence of early risers. I felt a deep appreciation to these elements of nature in this land and the one who created them. The land, the sky and the living creature, we are all connected by this creator's hands. It was just as if I found company on the cold days along the way of my continuous sojourning journey.