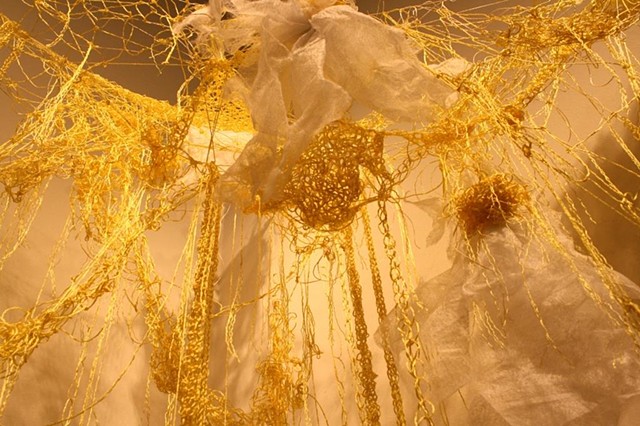 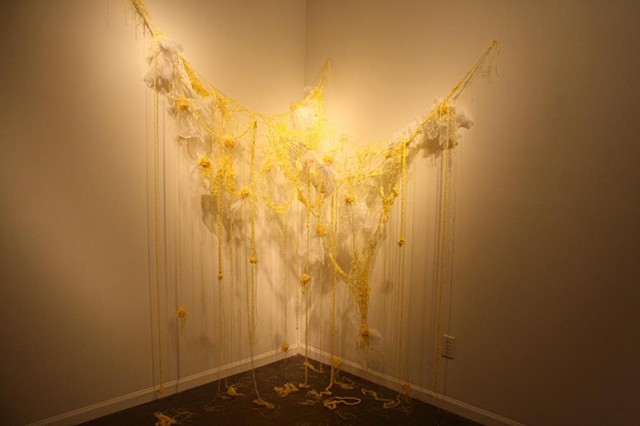 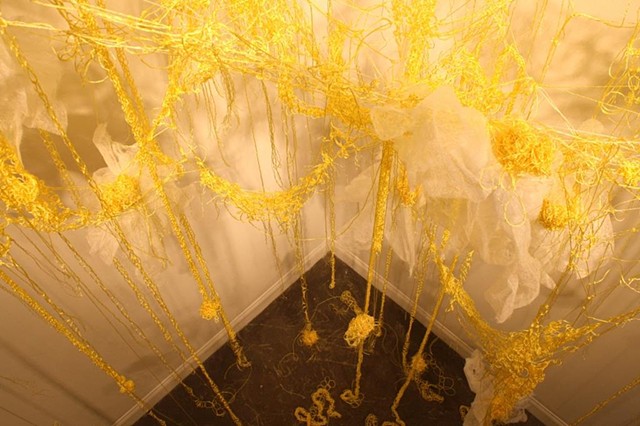 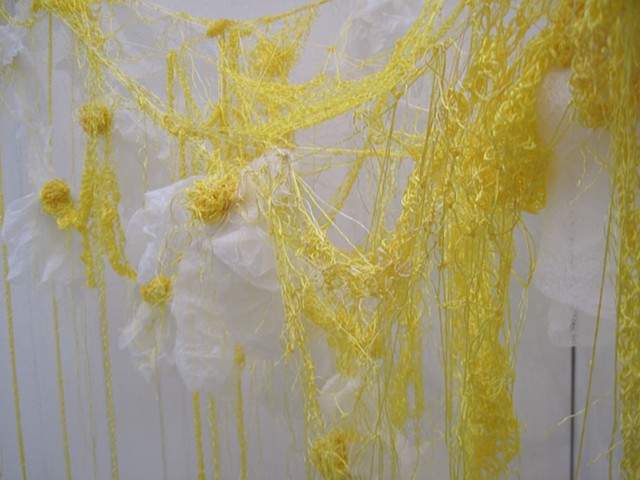 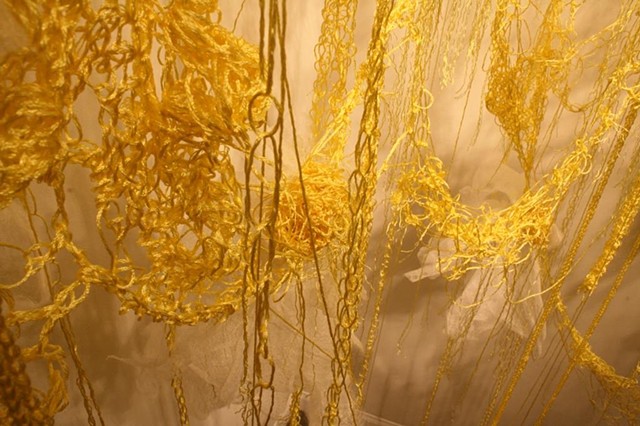 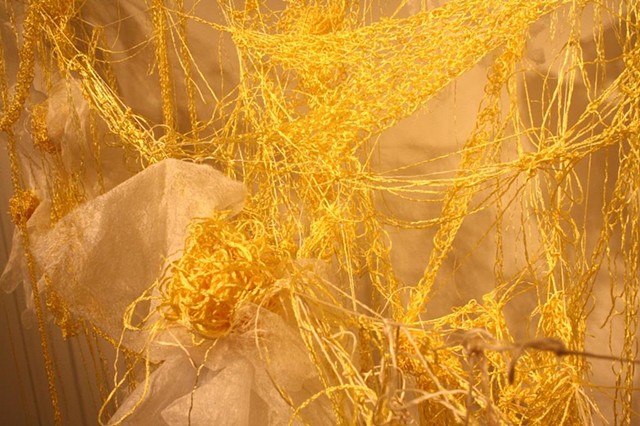 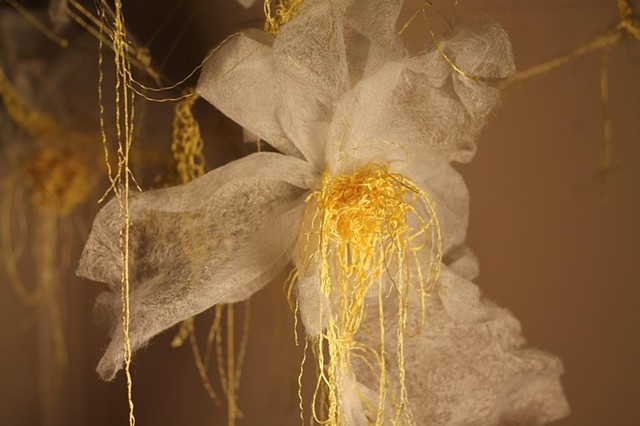 Living in a multinational and multiracial land for many years makes me think that world peace starts with peace between individuals. As a sojourner, a foreigner myself, I learn people have different perspectives and sometimes they can be very different. We must make the effort to step forward toward each other and get to know each other better beyond our surface to live peacefully. Understanding other people’s background and culture better allows us to know their perspectives better.

For this piece, I collected used dryer sheets from individuals and sewed them together and tied them together so that I can touch and visualize the feeling of the connection between individuals. I collected used dryer sheets by going to a laundry frequently and asking customers there to give me their used dryer sheets. Each dryer sheet represents individual person. The surface of the dryer sheets has interesting delicate texture with tiny holes like people’s skin - the surface of our bodies. It also has scent; the words related to scent are often used metaphorically to describe character or impression of people. Its function - preventing static cling and softening the fabric, reminds me of ways that people’s relationships are formed.

I used yellow colored threads as it is the symbolic color for warmth, hope, and peace to me. I used techniques such as sewing, crocheting, and knotting. As a result, the shape of the flowers started to appear. The yellow color forms can be viewed as pollen. Pollen is an important substance to make the next generation. It is my hope that world peace will be continued from generation to generation.

This piece was started for an exhibition in Tokyo which commemorated Japan’s 70th anniversary after WWII ended. This work became the precursor for the "Bloom" 2016 version.