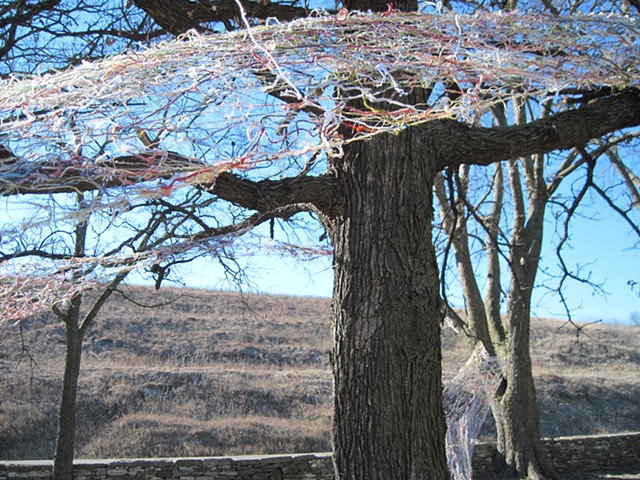 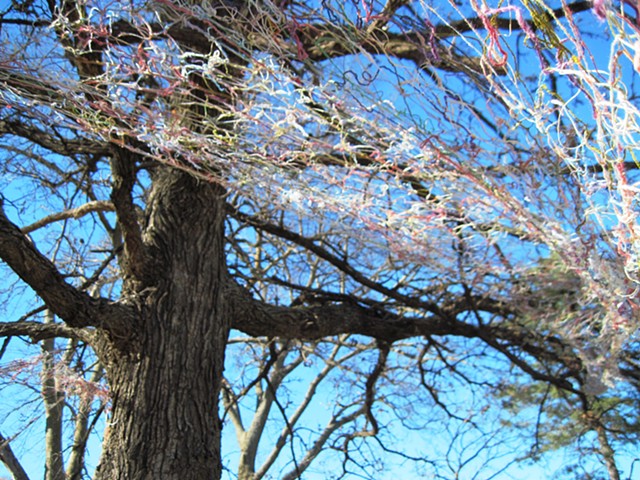 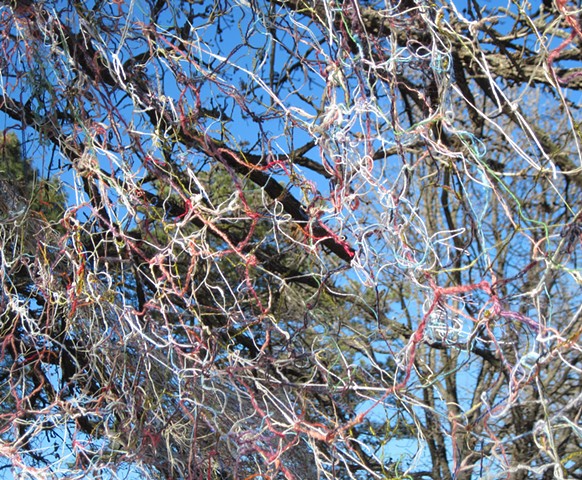 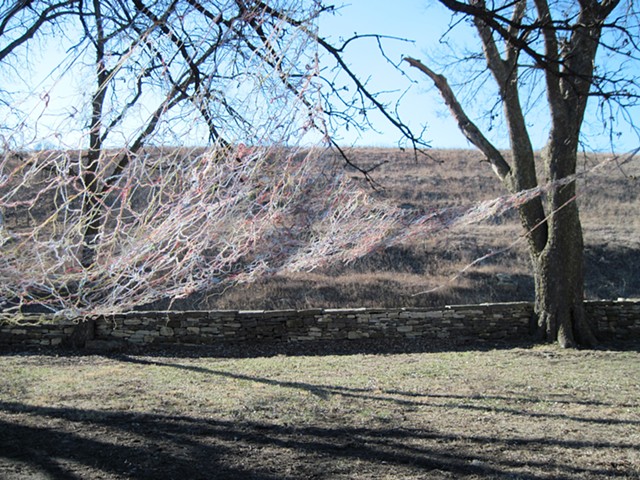 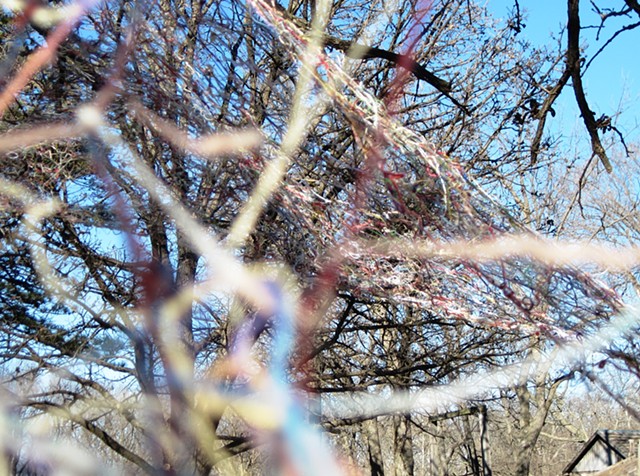 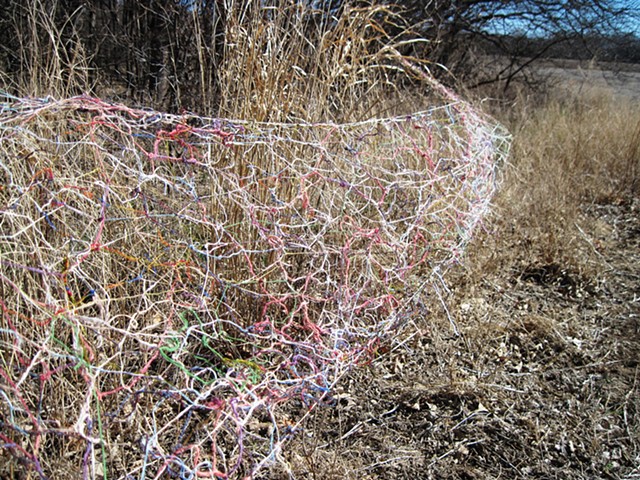 In spring 2016, I was invited to do a solo show in Matfield Green, KS. This place is in the middle of the Flint Hills, a part of the Great Plain in the U.S. Doing a show in the middle of the Great Plain was a significant and exciting thing for me as an artist from Japan. I adore the Flint Hills, the vast 180 degree open green land, which we hardly see in Japan. When the date of the show was approaching, I decided to install my “A Thread X (Meets) A Thread”, the piece about “relationship”, outdoors in Matfield Green temporally to get inspiration. The installed scene reminded me of the word “Shirotaeno”. Shirotaeno is the word used for classic Japanese poems in association with words such as “white cloth”, “white sleeve”, or “white cloud”. There is a famous waka (poem) by Jito Tenno (Jito Empress) using this word.

Empress Jito The spring has passed And the summer comes again; For the silk-white robes, So they say, are spread to dry On the Mount of Heaven’s Perfume.”

“Mount of Heaven’s Perfume” is a hill called Amano Kaguyama, in Nara, the old capital of Japan. The old name of Nara is Yamato. It is considered to be the origin place of the Yamato people, the native ethnic group of the people of Japan. Asukamura, a village where Amano Kaguyama can be seen is a specially preserved historic site. It looks like an untouched old Japanese village. This may be one of the reasons why I remembered this poem in this site at Matfield Green which is a hilly and untouched place in Kansas. I was awed to realize these two places, the places in the past and the present, crossing in my mind.