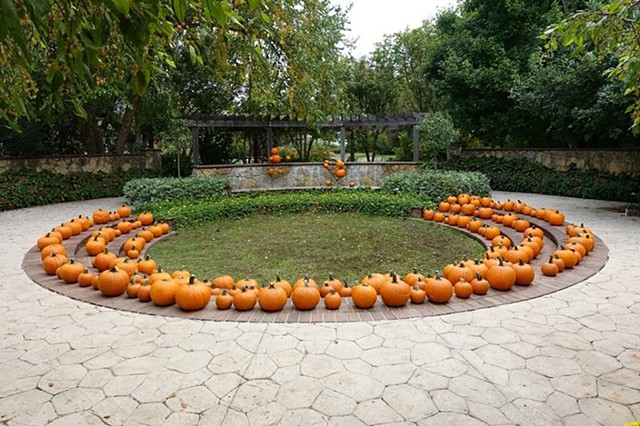 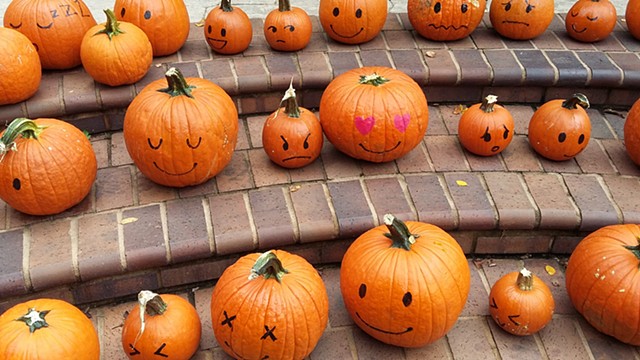 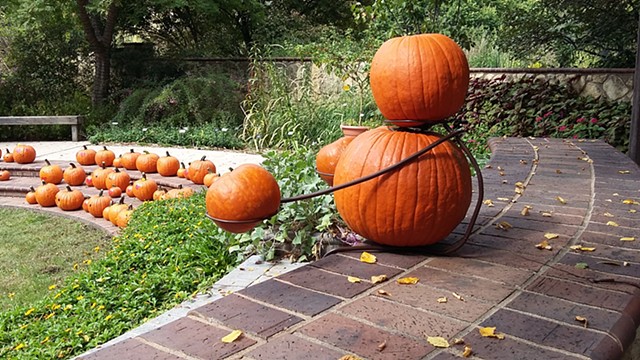 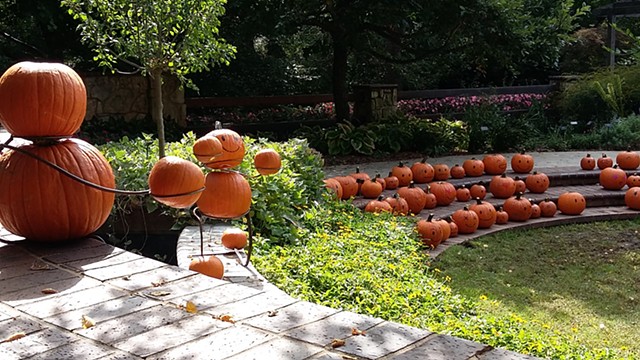 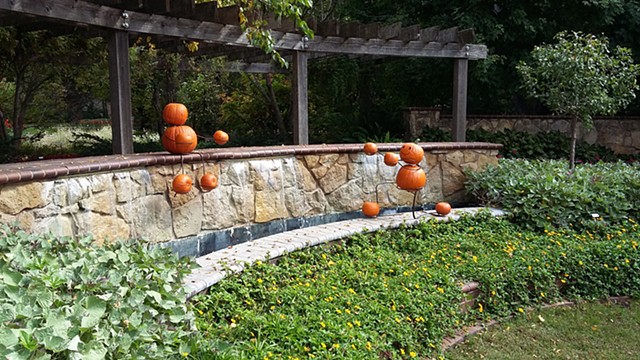 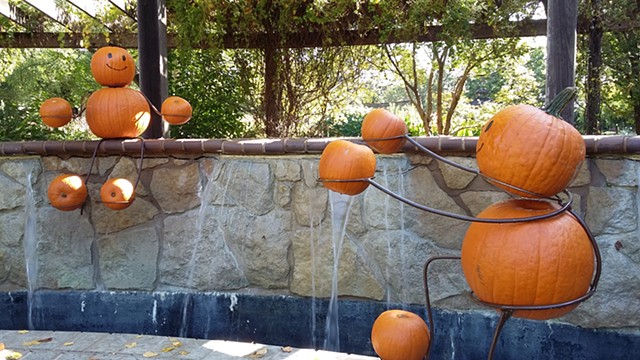 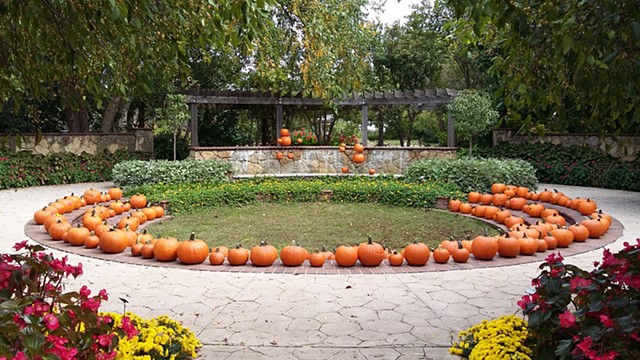 Living in a foreign and multicultural country makes me realize that people can have different perspectives even if we are looking at the same issue because we all have different backgrounds. At the same time, I realize how people share similar conditions no matter where we are from. In 2015, for the fall event at Botanica, a botanical garden in Wichita, KS, I was provided multiple pumpkins to create an installation piece. At a site with a circular seating area, I decided to create an amphitheater. Multiple pumpkins were placed at the seats as the audience. Two figures were placed at the stage-like wall as actors on the stage. I painted “emoji” face for each pumpkin. Emoji literally means “picture letters,” which was started in Japanese electronic messages and they are now used worldwide. In the Japanese culture, facial expressions are critical to clarify emotion in our conversations. In electronic communication, emoji are frequently used to explain our emotions while our faces are not seen. Emoji is also a pictograph which can be a universal language. It is useful in communication beyond language barriers that I often face in this multicultural country. For these reasons, this “emoji perception” is embedded in my mind. The amphitheater is a place where different anonymous people get together and watch the same scene on stage. There is a feeling of magical connectedness in there. The pumpkins as the audience are now watching the same scene of a play. The scene depicted is the balcony scene of “Romeo & Juliet.” “Romeo & Juliet” can be viewed as a tragedy or as a beautiful love story depending on how we look at it. Each pumpkin shows different emotion, which reminds me that people have different perspective even if we see the same issue. However, while I was painting the faces, I realized that all human beings have similar emotions such as happy feelings, sad feelings, and angry feelings. This is the essence of being human. Although we may have different ways to express them, we have areas that we can find similarities, the areas that we can relate with each other. In this age of electric communication, we often use emoji. We may not be able to understand other peoples’ languages, but we can understand emoji’s meanings. As a sojourner, it is a good reminder that I can find areas in different people that I can relate to. With this amphitheater and emoji faces, I created this feeling of connectedness in the land of my sojourn.